THE PAST PRIZE LAUREATES 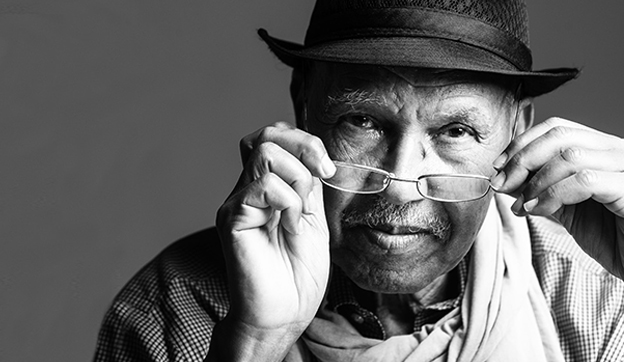 The Grand Laureate of the 3rd Lee Hochul Literary Prize for Peace
Nuruddin Farah (1945~)
Nuruddin Farah, the Grand Laureate of the third Lee Hochul Literary Prize for Peace, is an internationally renowned novelist and a play writer whose works have been translated in more than 20 languages all around the globe. He was a recipient of the prestigious Neustadt International Prize for Literature Awards (1998), the Kurt Tucholsky Prize in Sweden (1991) and many other renowned literary prizes. Moreover, his name has been constantly mentioned as a most promising nominee for the Nobel Prize for Literature. It makes him one of the greatest modern writers that he delineates the cultural identity of Somali people in various aspects with his unique writing technics and a vast imagination.
Nuruddin Farah was born between an interpreter father and an oral poet mother. Somalia, where he was born, officially belonged to Italy but substantially to the UK at that time. In his childhood, he went to school in the Ogaden in Ethiopia, a neighboring country, and learned English, Arabic, and Amharic, the official language of Ethiopia. In 1966, though he was offered a scholarship from the University of Wisconsin School of Medicine, he rejected it; rather, due to his keen interest in writing, he went to Panjab University in India and studied literature, philosophy, and sociology there.
While at Panjab, Farah started his career as a writer by publishing short stories written in Somali. He started writing novels in English since From a Crooked Rib, published in 1970. In From a Crooked Rib, he tells a story of a nomadic girl named “Ebla” who runs away from being married to an old man who is more than 40 years senior to her; this has later developed into Farah’s major literary theme that criticizes patriarchal Somali society. In 1976, he had a conflict with the Somali government and this incident, in result, led him to seek asylum in other countries. Since then, for more than 20 years, he lived as a diaspora writer moving from and to Gambia, Sudan, Nigeria in Africa and the UK, Germany, Italy, and the USA. In 1996, he chose to go back to Somali, ending his refugee days; however, he had but to move once again to Cape Town in South Africa because of the strained relationship with the Somali government.
Farah once stated his purpose for writing novels is “to keep my country alive by writing about it”. This objective of his has been clearly shown in his works. He wrote three trilogies whose themes deal with the regional identity of Somalia. His major works include “Variations on the Theme of an African Dictatorship” trilogy – Sweet and Sour Milk (1979), Sardines (1981), and Close Sesame (1983) – and “Blood in the Sun” trilogy – Maps (1986), Gifts (1993), and Secrets (1998). His other trilogy titled “Past Imperfect” consists of Links (2003), Knots (2007), and Crossbones (2011). He recently published Hiding in Plain Sight (2014) and North of Dawn (2018). In Korea, Maps (2010), one of his most renowned works, and Crossbones (2019) have been introduced in Korean. 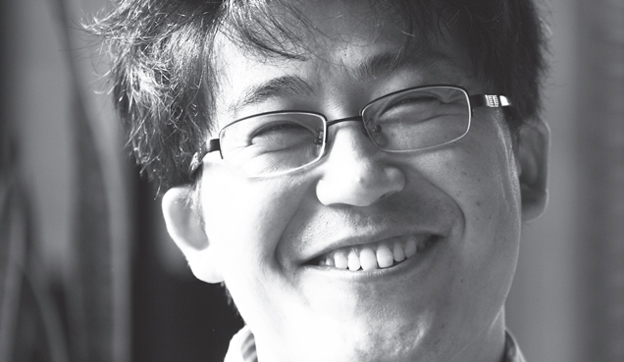 The Special Award Laureate of the 3rd Lee Hochul Literary Prize for Peace
Kim Chong-Kwang (1971~)
Kim Chong-kwang was born in 1971 and raised in Boryeong, Chungnam. He studied creative writing at Chung-Ang University. In 1998, his short story “Farewell, the police station” was chosen to be published in the summer issue of Munhakdongne, a quarterly literary magazine, which made him embark on the career of a novelist. In 2000, Kim’s play “Haeroga: a song for the dead” won an annual spring literary contest held by Joong-ang Ilbo, one of major Korean newspaper companies. His major works include short story collections – Farewell, the Police Station (2000), The Blues of Rice Planting (2002), The Literary History of Scribbles (2006), First love (2008), and full-length novels such as A Book of the Saucy (2004), Yool-ryoe Paradise (2007), First Experience (2008), Kind Conversation (2009), and Military Stories (2010). He was a recipient of Deasan Creation Fund and the Shin Dong-yeop Composition Award in 2001, and the Pansy People Literary Award in 2008.
Let’s Go on a Picnic, with which Kim won the 3rd Lee Hochul Literary Prize for Peace Special Award, was written with the purpose “to turn a somewhat boring and insignificant rural farmers’ life of (his) father and mother into a series of extraordinarily memorable events”. In this book, encompassing the past and the present, Kim depicts various life stories of rustic people through a warm gaze with his own unique humor and wit.
﻿